I’m just going to begin this post by saying, if I had to choose a certain type of food as a boyfriend, it would be…pizza!! There’s just something so comforting about a warm, cheesy, thin crust pizza, with all the right toppings.  If pizza was my boyfriend, the only problem is I don’t know how much of a loyal girlfriend I could be. I honestly have an extremely difficult time saying no to pizza and if I had my way, I would probably eat pizza every other day. Since I crave it daily, I might stray and try another piece of pizza if my pizza boyfriend was unavailable, or I got bored with the toppings. You see, pizza comes in such a variety. I mean, I would even date a piece of pizza that’s square, or fat. Seriously, I have no control. My love for pizza is undeniable.

I’ll tell you the truth, I’ve basically been dating a piece of pizza. His name is ham and pineapple, with banana peppers on top ( I like blondes). Him and I share many, many memories. However, last week I went to this dinner. I went to this spot on Commercial drive called Lombardos. It’s a family run restaurant that’s been around since 1986! I’ve never been there before and although I feel ashamed to tell you this, I’ll just get vulnerable, raw, open and honest and tell you the straight up truth:  I had an affair on my regular pizza boyfriend named ham and pineapple. I couldn’t help myself. I mean, this other pizza, he wasn’t like regular pizzas. This pizza was just so different. He was tall, and bumpy with the toppings stuffed on the inside. Did you hear that? The inside!

I’m all about focusing on the inside. After all, when choosing a life-long partner isn’t it what’s on the inside that counts? Anyhow, this pizza was filled with lots of different cheeses and even fresh B.C smoked salmon. I mean, this pizza even had an exotic name. Its smell lured me in closer and closer. And then, I couldn’t resist it another minute. I picked up my fork before anyone else at the table and I basically threw myself at… Mr. ‘Calzone’. (I told you he had an exotic name).

Perhaps it was the ambiance in the quaint restaurant, or the pretty table setting  that set the mood. Perhaps it was the cocktail I was given to start from the exceptional waitress. Or the romantic flames from the wood fire oven. Heck, maybe it was the intellectual, down-to-earth conversation being had with fellow bloggers at our table. God, whatever the reason for my deceitful, cheating love affair I can’t tell you. But what I can tell you is this: I’m going back for more. I have to. I’ve thought about, daydreamed and craved Mr. ‘Calzone’ since I left Lombardos that night.  I need him back in my life. In other words, I’ve fallen for him. I’ve fallen pretty hard. I feel like a school girl with a crush, and instead of sweaty palms when I think of Mr. ‘Calzone’, I get…tummy growls. When I think of Mr. ‘Calzone’ my tummy calls out to him. My mouth waters. I get lost in thought and picture myself throwing myself at him again, and again, and then savoring… Every. Last. Bite.

I tried many  dishes that evening. I mean, I have this thing with pasta too, but I can’t even go there now. It’s just too much. I can’t share two juicy love affairs in one post! I mean, you’re going to think I’m promiscuous. Let’s just say, I used to have this boyfriend named spaghetti and meatballs, until I had Lombardos pasta. The rest is history.

On a serious note,  I highly suggest checking out Lombardos. They’re a family run and friendly establishment on the drive with great service, and best of all, delicious food. I’m sure after reading this post you know what I would recommend trying 😉

You might get lucky enough to have a juicy love affair at Lombardos too! Enter here: http://www.rafflecopter.com 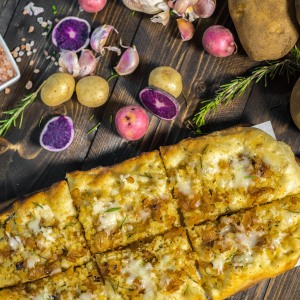 4 thoughts on “My pizza love affair at Lombardos”